Summary
The French contribution to global public health over the past two centuries has been marked by a
fundamental tension between two approaches: State-provided universal free health care and what we propose to call State humanitarian verticalism. Both approaches have historical roots in French colonialism and have led to successes and failures that continue until the present day. In this paper, the second in The Lancet's Series on France, we look at how this tension has evolved. During the French colonial period (1890s to 1950s), the Indigenous Medical Assistance structure was supposed to bring metropolitan France's model of universal and free public health care to the colonies, and French State imperial humanitarianism crystallised in vertical programmes inspired by Louis Pasteur, while vying with early private humanitarian activism in health represented by Albert Schweitzer. From decolonisation to the end of the Cold War (1960–99), French assistance to newly independent states was affected by sans frontièrisme, Health for All, and the AIDS pandemic. Since 2000, France has had an active role in development of global health initiatives and favoured multilateral action for health assistance. Today, with adoption of the 2030 Sustainable Development Goals and the challenges of non-communicable diseases, economic inequality, and climate change, French international health assistance needs new direction. In the context of current debate over global health as a universal goal, understanding and acknowledging France's history could help strengthen advocacy in favour of universal health coverage and contribute to advancing global equity through income redistribution, from healthy populations to people who are sick and from wealthy individuals to those who are poor. 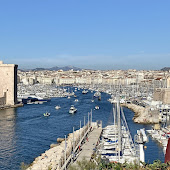